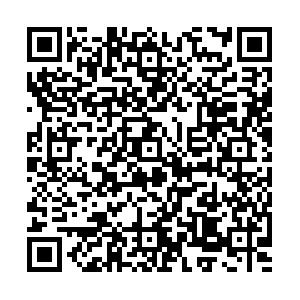 Abstract: The associated fluorine impurities in phosphate ore seriously affect the quality of the phosphoric acid during the wet-process phosphoric acid production. Tributylphosphate (TBP) was used as an extractant, sulfonated kerosene (hereinafter referred to as kerosene), isoamylol, diisopropyl ether were used as the diluent, respectively. The extraction mechanism was investigated by quantum chemical calculation, flourier transform infrared spectroscopy (FT-IR), 19F nuclear magnetic resonance (19F-NMR) and composition of extraction complexes. The binding energy of TBP-kerosene with HF was calculated by implicit solvent model, while TBP-isoamylol and TBP-diisopropyl ether with HF were calculated by explicit solvent model. The results show that the binding energy of above three extraction systems are −13.399 kJ/mol, −19.199 kJ/mol, and −20.556 kJ/mol, respectively. Analyses of the FT-IR spectra of the loaded organic phases indicate the TBP extraction of HF is occurred by the association of hydrogen bonding, while the extraction of HF using isoamylol and dissopropyl ether is realized through hydrogen bonding. The main form of fluoride in organic solvent was TBPHF according to the 19F-NMR spectra. The compositions of the extraction complexes in the solvent of kerosene, isoamylol, diisopropyl ether were determined to be 0.9HF TBP, 1.4HF TBP and 1.6HF TBP, respectively. The effects of different fluorine forms in wet-process phosphoric acid on defluorination rate were studied. It can be concluded that CaF+ and (x=1—6) have a slight effect on the selectivity coefficient and defluorination rate. MgF+ can be effectively extracted from the organic solvent by TBP, and the selectivity coefficient is increased with increase in the concentration of Mg2+. The TBP extraction of and were moderated, indicating that the defluorination of wet process phosphoric acid needs to be achieved by pretreatment or other methods when the content of active silica and aluminum oxide in phosphate rock is high.